Join Date: Sep 2016
Location: Cornwall - UK
Posts: 89
Mentioned: 1 Post(s)
Quoted: 10 Post(s)
Garage
Rest of the family
Bit of a Honda fan not sure how it happened really. First was the Blade I've had since new in 2012. I've fitted an Akrapovic system, Honda high screen, Harris levers, Gilles chain adjusters with lifters, Harris quick release fuel cap, carbon heel guards and some Techspec tank grips and a tail tidy. I did try some Gilles rearsets but couldn't get on with them. I love it, can take me to the Isle of Man in relative comfort or get the adrenaline flowing on a sunny Sunday. Done around 12K miles now. We all know it's not the quickest most technologically advanced but it's all I want and need from it, no plans to change. 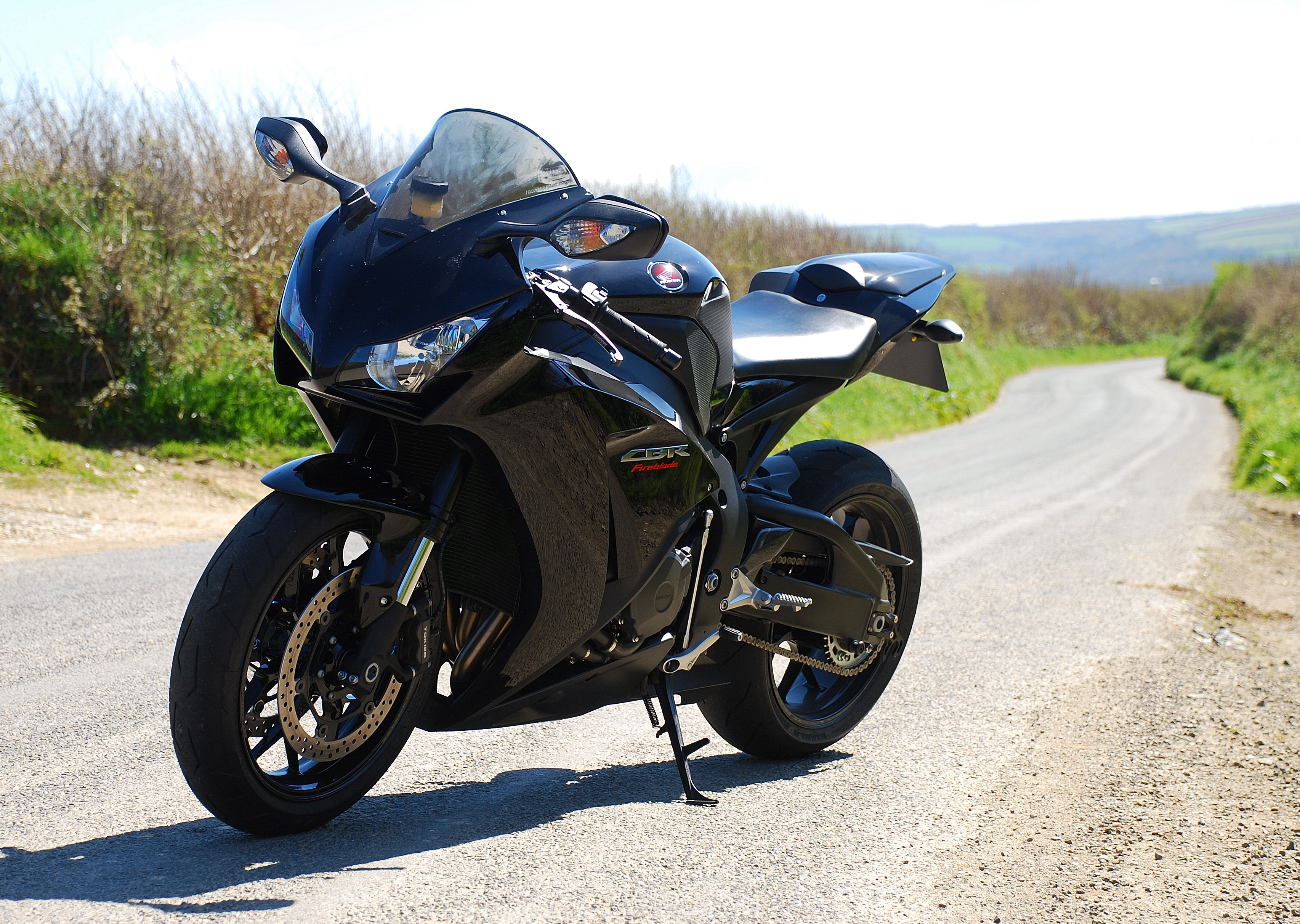 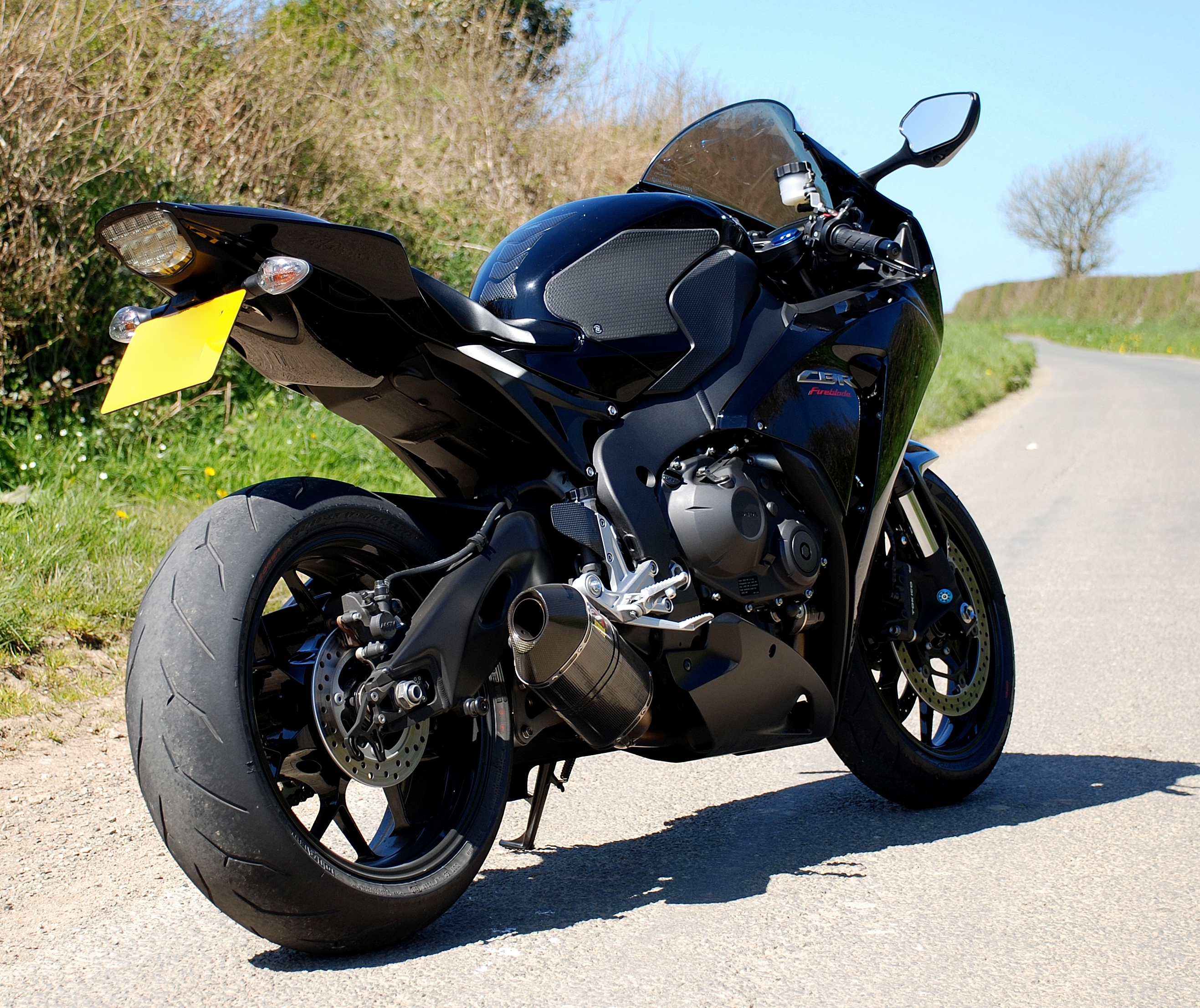 Then I needed something to get to work on, having moved to Cornwall and eventually finding a job I wanted something bullet proof and reliable so opted for the CBF500. Not much to say about it but it does the job. Looks a little more worse for wear now after a few years of daily use and being knocked over by a man in a van, 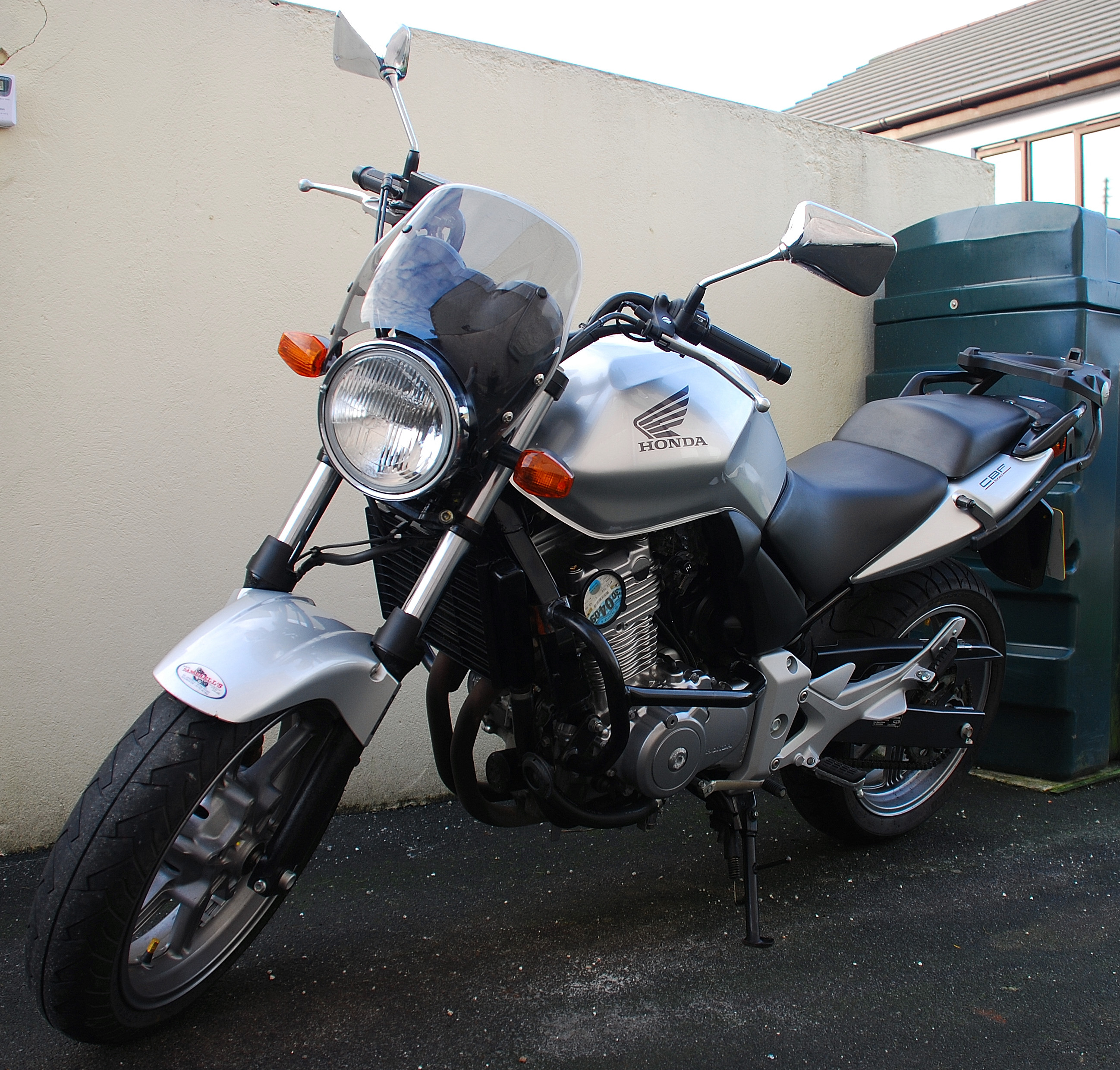 Next I saw this chap come in for an MOT on a little Honda that I really liked the look of, an RVF400RR NC35. I asked the chap if he ever wanted to sell to let me know as I'd be interested and as they say the rest is history. Totally standard apart from the rear seat cowl and a random HRC sticker that covers a little plastic weld. Few little jobs I'd like to get done to finish her off. 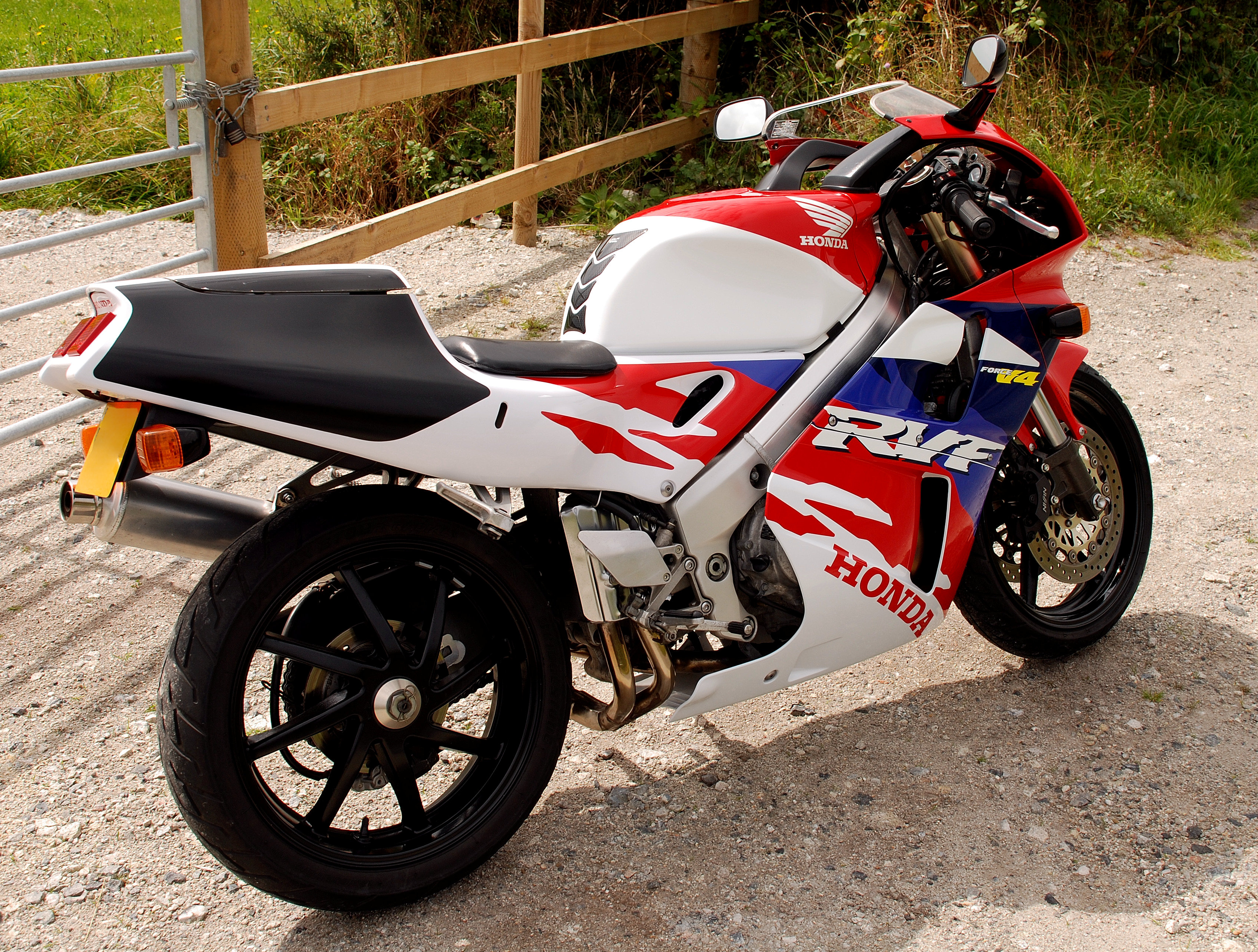 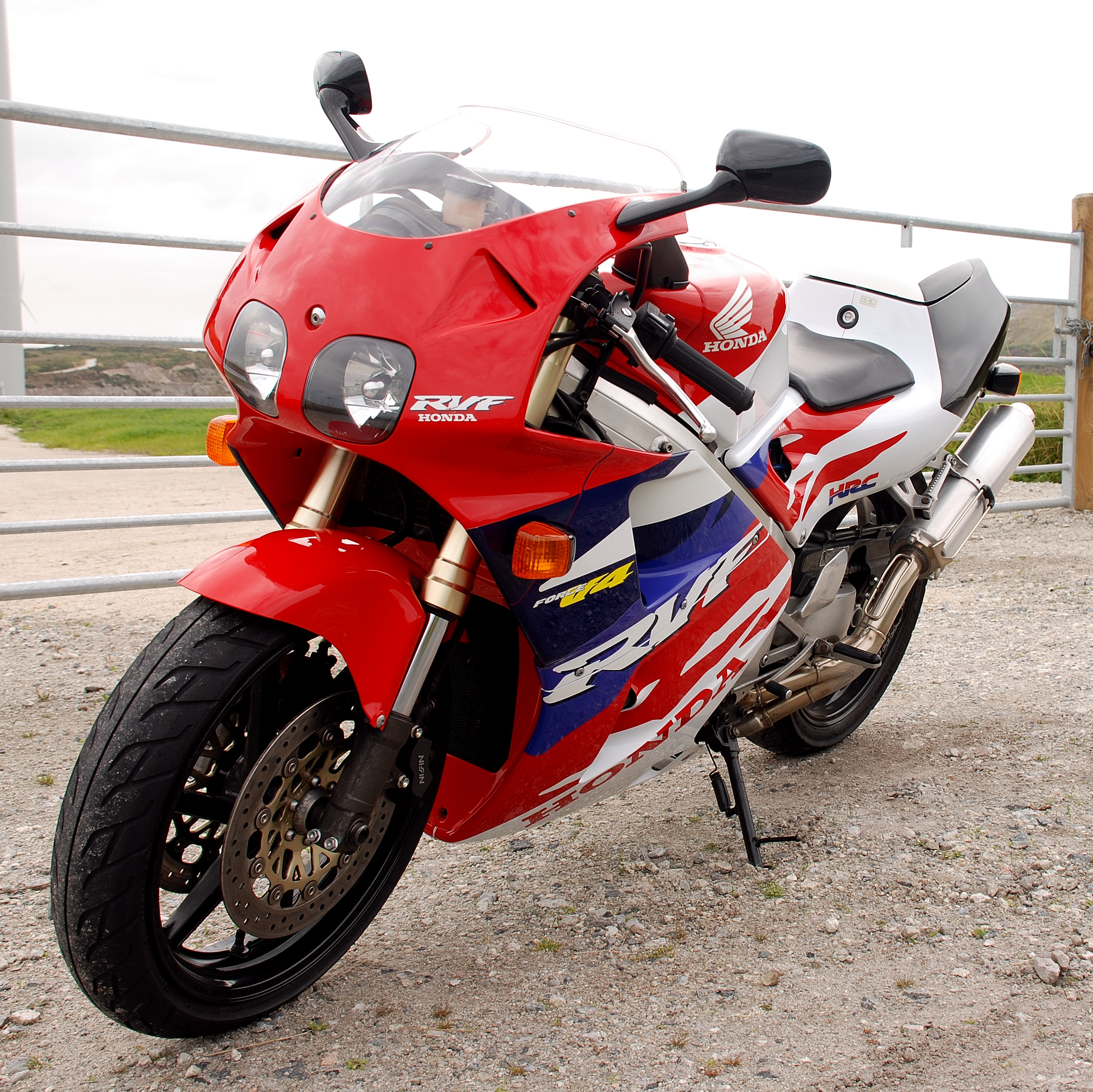 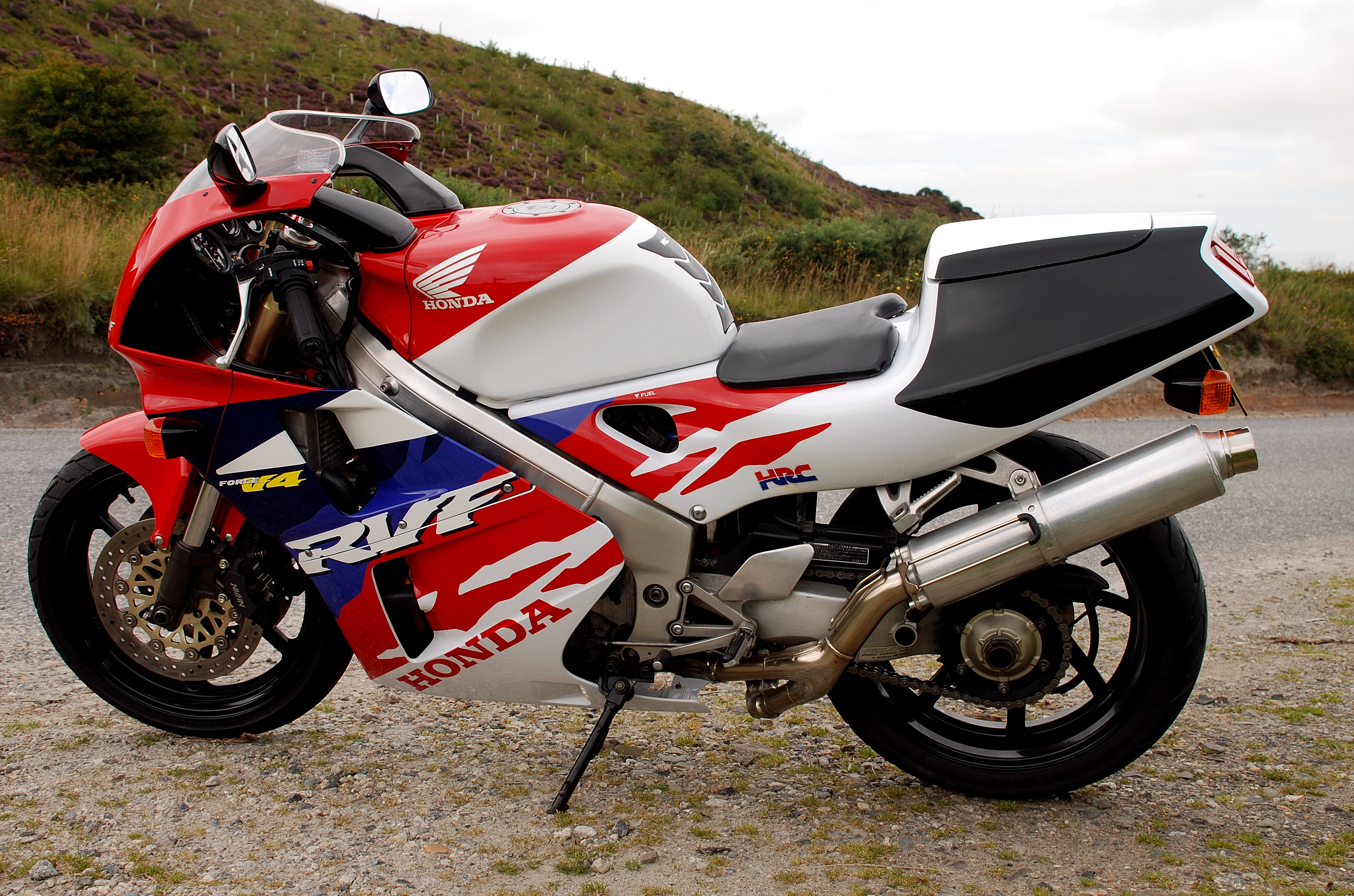 Then it was the misses turn, she did her test years ago but circumstances changed and hadn't ridden for a long time. To save the 'how much' and 'how many bikes do you need' questions I got her a little CBR125R to get back into it and build some confidence. So far it's worked. 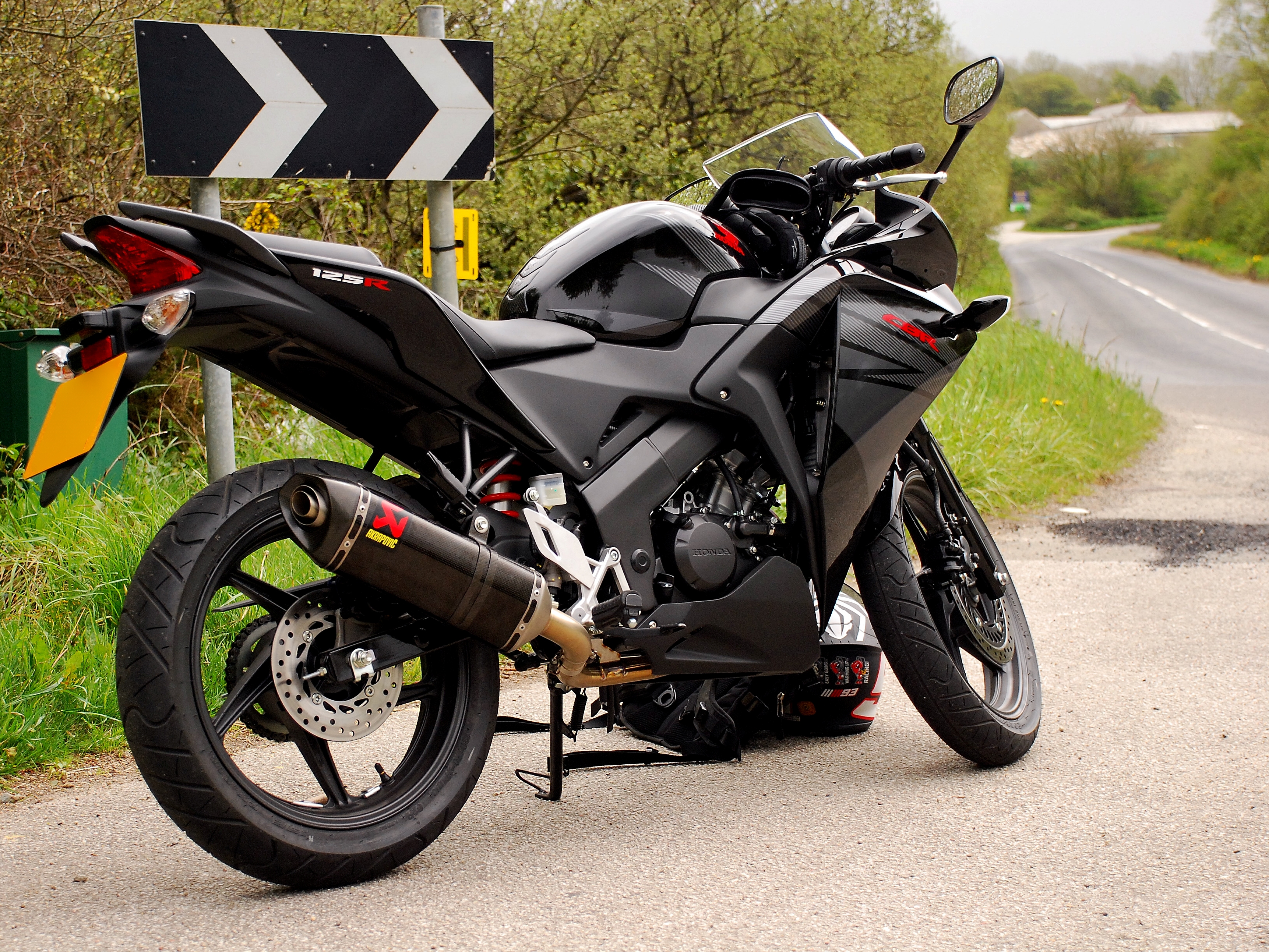 Join Date: May 2011
Location: Chiba, Japan
Posts: 4,617
Mentioned: 27 Post(s)
Quoted: 159 Post(s)
Like you I'm also a Honda Fan (& I sway towards some of their cars too!)
We have a CRM250R for riding on sand & dirt with our kids on their CRF50. A couple of pics taken yesterday afternoon are below.
Sam our young friend came along had his first ever ride on a 250 2-stroke with the safety of messing about on sand. He never got out of 2nd gear.

I like the RVF400 especially, they're great little bikes - beautifully proportioned too. They're not that common, even in Japan these days. Yours looks a nice one. Rare to see!

I've been collecting trick parts to build one of it's smaller brethren (That had been quite neglected, sadly!) into something a bit more special than stock - an NSR250 (MC21/28). You might like some of the stuff Tyga Performance makes for the RVF.

They made a carbon tail unit and a GP 500 replica front for it, then painted the bodywork for me. With a bit of luck I might see the bodywork myself next week (Pics received via email from Matt at Tyga recently).

There's a whole load of boxes under our dining room table with trick bits waiting to be assembled onto this project, hopefully over this winter...

The 1990 VFR750 I've had since near new. Used to ride it all-year round in the UK along with several trips to Europe. It did some 65,000 miles before being hibernated in 1998. It now lives in Japan and wears my SP2's original front end, Maxton GP10 shock & a few other improvements.

This summer I added one more Honda to my little collection. A completely rust-free low mileage perfect condition 1999 Integra Type R with lots of Mugen parts on, which is kept safely in storage for most of the year for use in summer holidays back with my family in Portugal. It's an angry little thing. As I can't ride a bike with the whole family, this is the next best thing.

Join Date: Dec 2010
Location: Island Lake Alberta Canada
Posts: 1,904
Mentioned: 11 Post(s)
Quoted: 56 Post(s)
I hear you on the Type R Stig, I had one and it was a great car...fast little bugger too.
Nice collection MrB. I'm a Honda fan as well, but no room for more than what I have now (dammit)

Love the RVF it's a lot of fun without 3 figure speeds involved it's still restricted, have spent quite a bit on it when I first got it to get it to a point I was happy with. Parts these days are getting quite hard to find so always on the look out, just in case. Would like to replace the radiators as they look a bit tatty on close inspection and clean up the rear shock, linkages and swingarm and perhaps have the wheels painted at some stage.
VTR1000SP2 CBR1000RRC RVF400RR CBF500A CBR600F4i CBR400RRL Z125Monkey
(MrB) is offline
Quote Quick Reply
post #5 of 17 (permalink) Old 10-04-2016, 11:32 AM
The Stig
Lifetime Premium

Join Date: May 2011
Location: Chiba, Japan
Posts: 4,617
Mentioned: 27 Post(s)
Quoted: 159 Post(s)
Yep - me too! I heard today from Paul at Tyga. They're coming to Japan for the Motegi GP next week and will be bringing my tank & bodywork with them. Stars, these guys (They're British too

We'll be going to the Moto GP together - first time I meet them, but they're true bike nuts so no doubt it'll be great fun!

So maybe this NSR250 project will be completed at leisure over winter. I'll start a build thread, or continue the one I started two years ago, perhaps... No point rushing these things.

Join Date: May 2011
Location: Chiba, Japan
Posts: 4,617
Mentioned: 27 Post(s)
Quoted: 159 Post(s)
A long time ago there used to be a VFR club in the UK, where we used to mix up VFR400's & 750's and have meets all over the UK. There were few NC35's IIRC.
The NC30's could be pretty quick, especially when following a chap called Chris (I think?) on his favourite Norfolk roads. I still have rash from the stone chips his bike kicked up from 20 years ago!

Join Date: Sep 2016
Location: Cornwall - UK
Posts: 89
Mentioned: 1 Post(s)
Quoted: 10 Post(s)
Garage
Thanks for that very kind of you will certainly bear in mind when the time comes 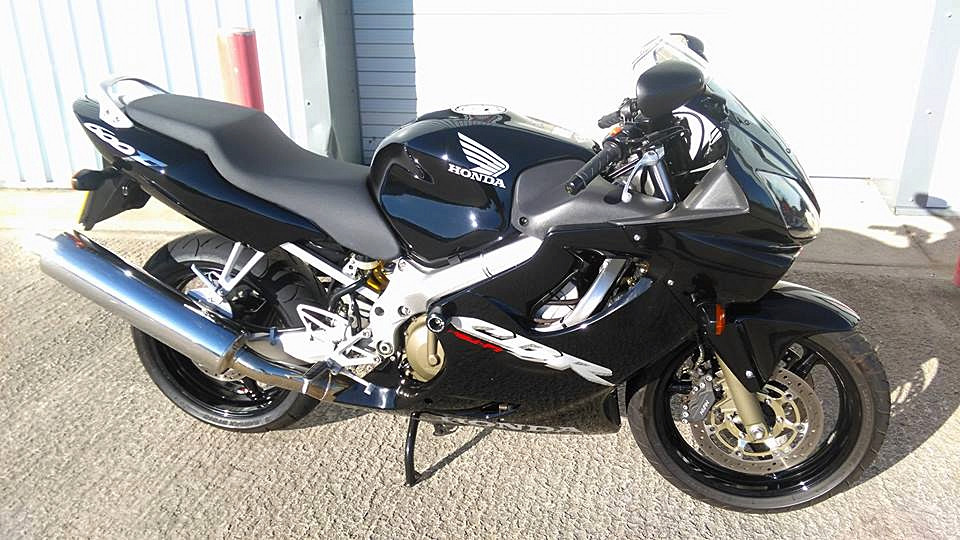 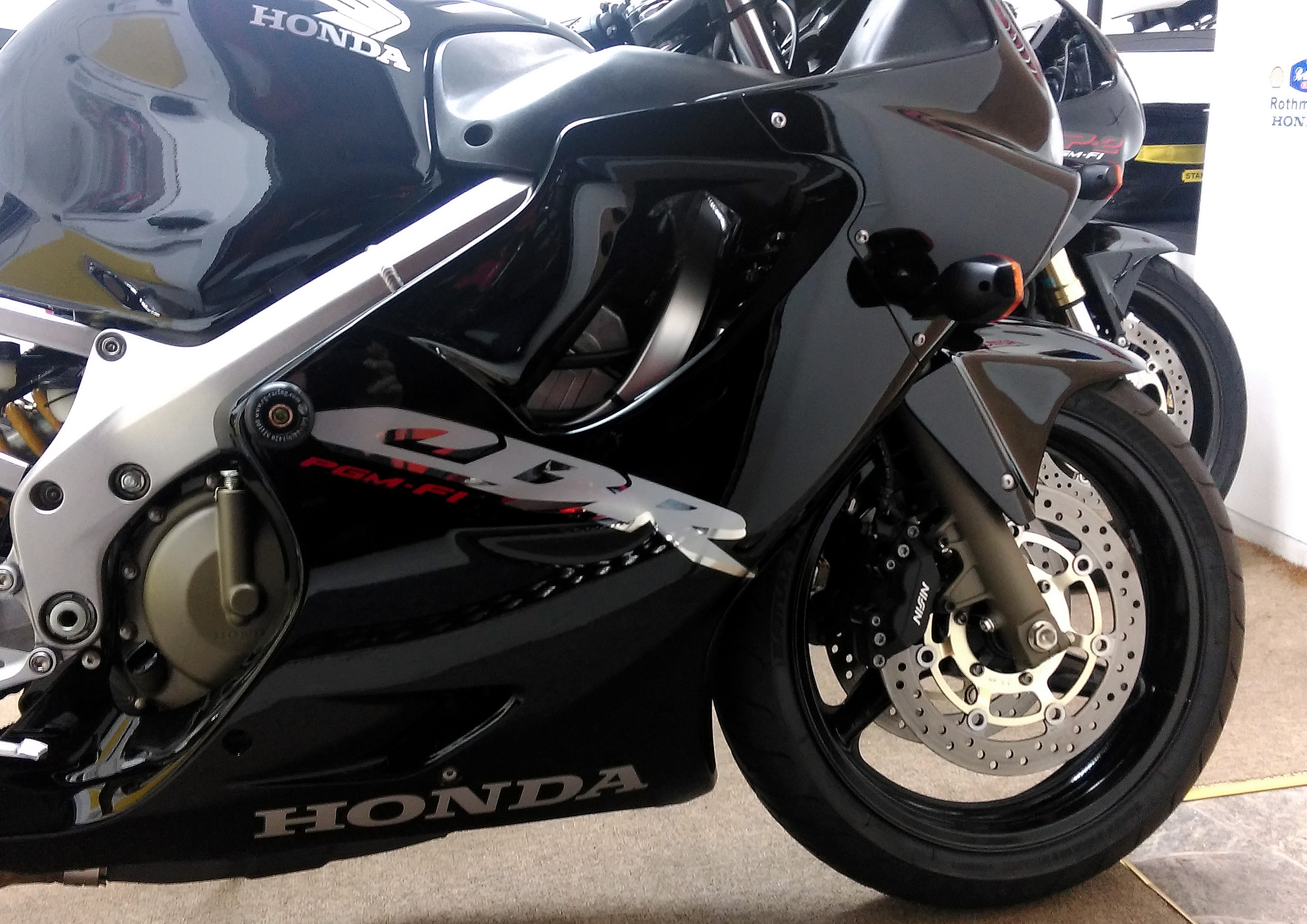 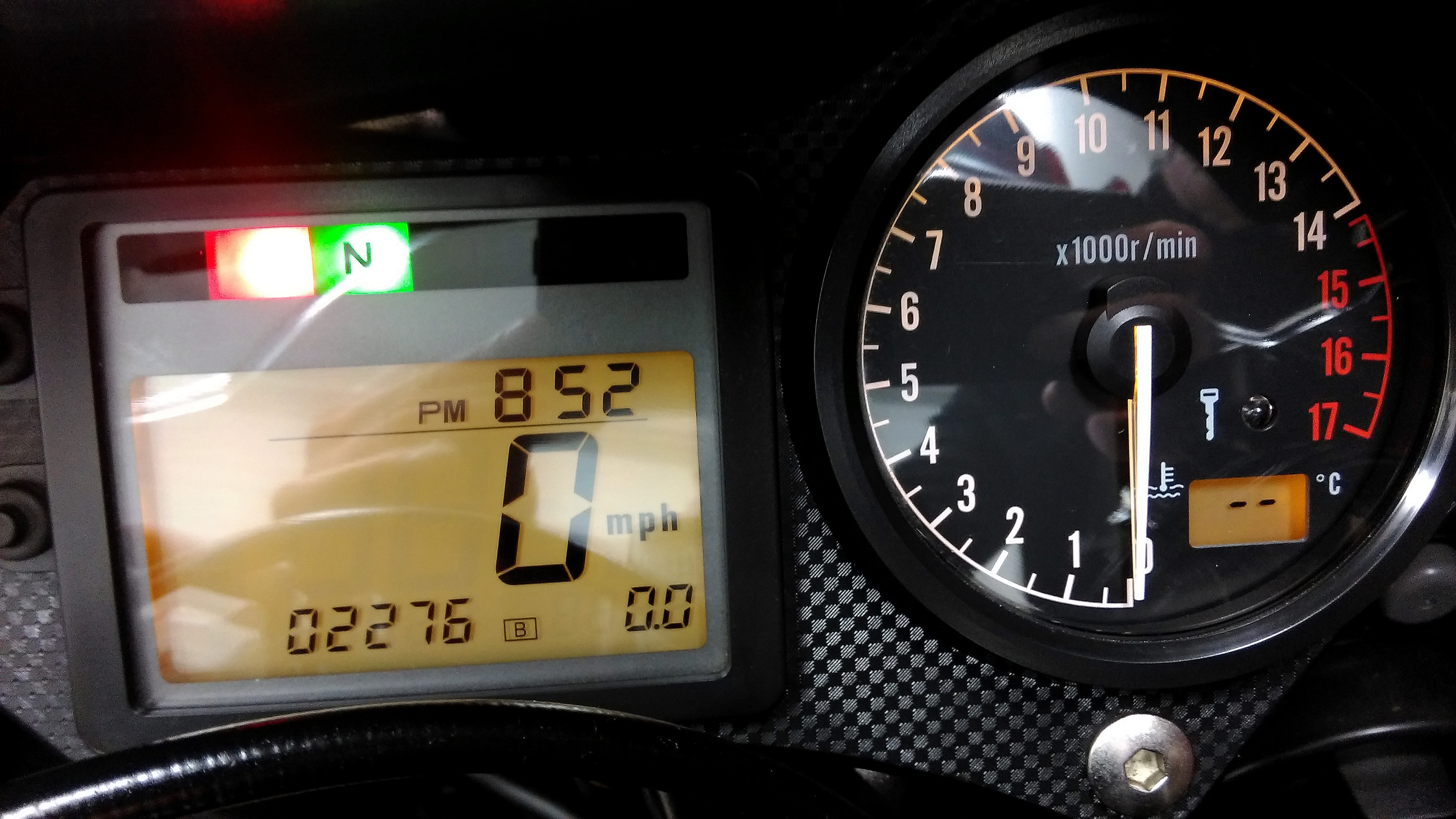 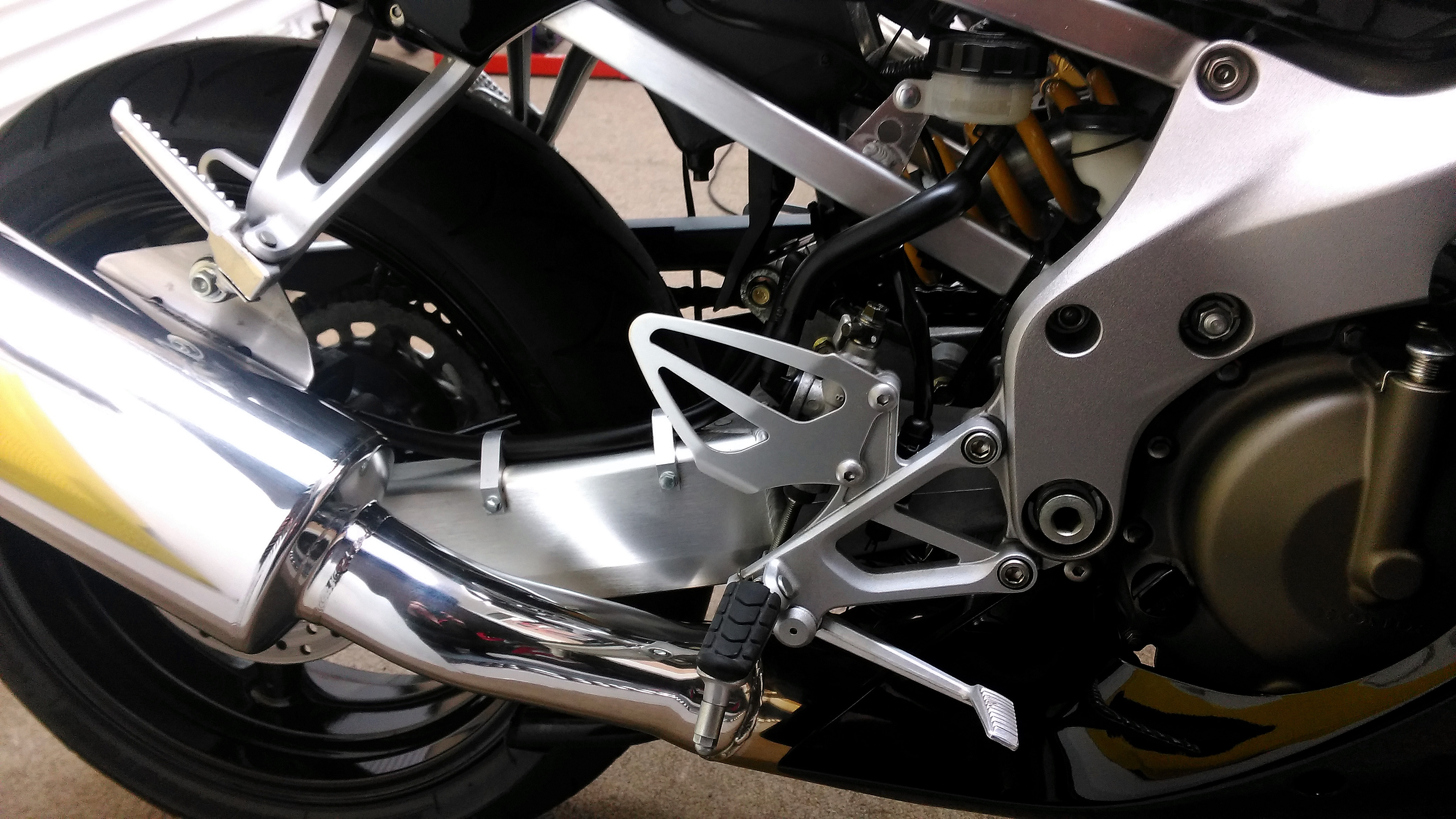