Join Date: Jan 2015
Location: Nashville
Posts: 11
Mentioned: 0 Post(s)
Quoted: 1 Post(s)
Hello from Nashville
Im new to the Nashville area. Recently moved here from Detroit area. Just purchased an RC51 a few months ago. Looking forward to lurking the forums and learning as much as I can.
Dcity is offline
Quote Quick Reply
post #2 of 23 (permalink) Old 01-03-2015, 08:27 AM
madbuyer
Lifetime Premium

Join Date: Sep 2010
Location: Indy
Posts: 8,335
Mentioned: 17 Post(s)
Quoted: 226 Post(s)
Welcome. Quite the change of climate moving from Detroit to Nashville. You will appreciate the increased days of sun light for sure.

Pictures when you get enough posts.

The very first schoolbook that was written had God all over it. --Dave Mustaine
madbuyer is offline
Quote Quick Reply
post #3 of 23 (permalink) Old 01-03-2015, 09:13 AM
budoka
Lifetime Premium

Join Date: Jul 2014
Location: WA state
Posts: 736
Mentioned: 5 Post(s)
Quoted: 31 Post(s)
Nice...i was stationed in fort campbell for 5 years, but spent every weekend on 1st ave and the riverwalk in nashville, used to go up the cement plant road to umm...oh nevermind

A little about me, I'm 47 I grew up on motorcycles from the time i was about 14 when i met my step father. He had a Kawasaki 1300 6 cylinder with a Hannigan fairing and saddle bags. Wish i had some side view pictures of it. It was a BEAST. 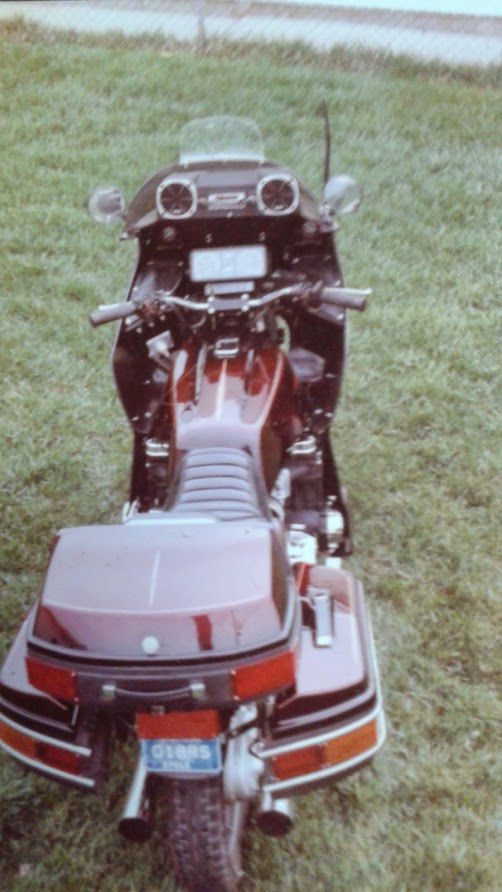 I rode an RM 80 out in the woods and had a moped soon after.

Turned 16 and bought myself a 1984 RZ350 2 stroke. Learned to drive on the street with it. Took it to Detroit Dragway a few times. Low 12's when i could keep the front wheel on the ground.

Being 17 years old 6' and 180 pounds I had to get a bigger bike. So I bought a Honda VFR700 that i had until my late 20's. For a year or 2 it was my only transportation. Great bike, felt like a high center of gravity though. Still a lot of fun.

Through the years my step father had plenty of motorcycles at one point he had 5 in the garage. So i got to ride all different styles except Harleys. I never cared for the v-twin heh. Look at me now.

I was in the market for an older Goldwing Interstate or something like that. But then i came across this 2003 SP2 RC51 and i couldn't help myself. I remember drooling all over them at the dealership. The price was right in the range i was looking for, only 9k on the odometer. It needs some tender loving care and over time i may add a few things if cashflow permits.

I havnt ridden it 2 miles yet. This next week im getting it titled and insured here in Nashville. I moved here to help out my aunt who is 70 and her son 54 who has spinabifida. I trailered it here and didnt bother with the paperwork until i got settled.

I gotta be honest with you. I had some buyers remorse right after i got it. Its been some years since i have ridden. I dont want to go out and drag my knees, go outrageously fast or wheelie past the local law enforcement. I just want to get out and do some riding on a nice motorcycle.

I do love this bike! So im trying to catch up on everything i can about it.
I hope to get over to the Tail Of The Dragon this summer and make a few road trips. 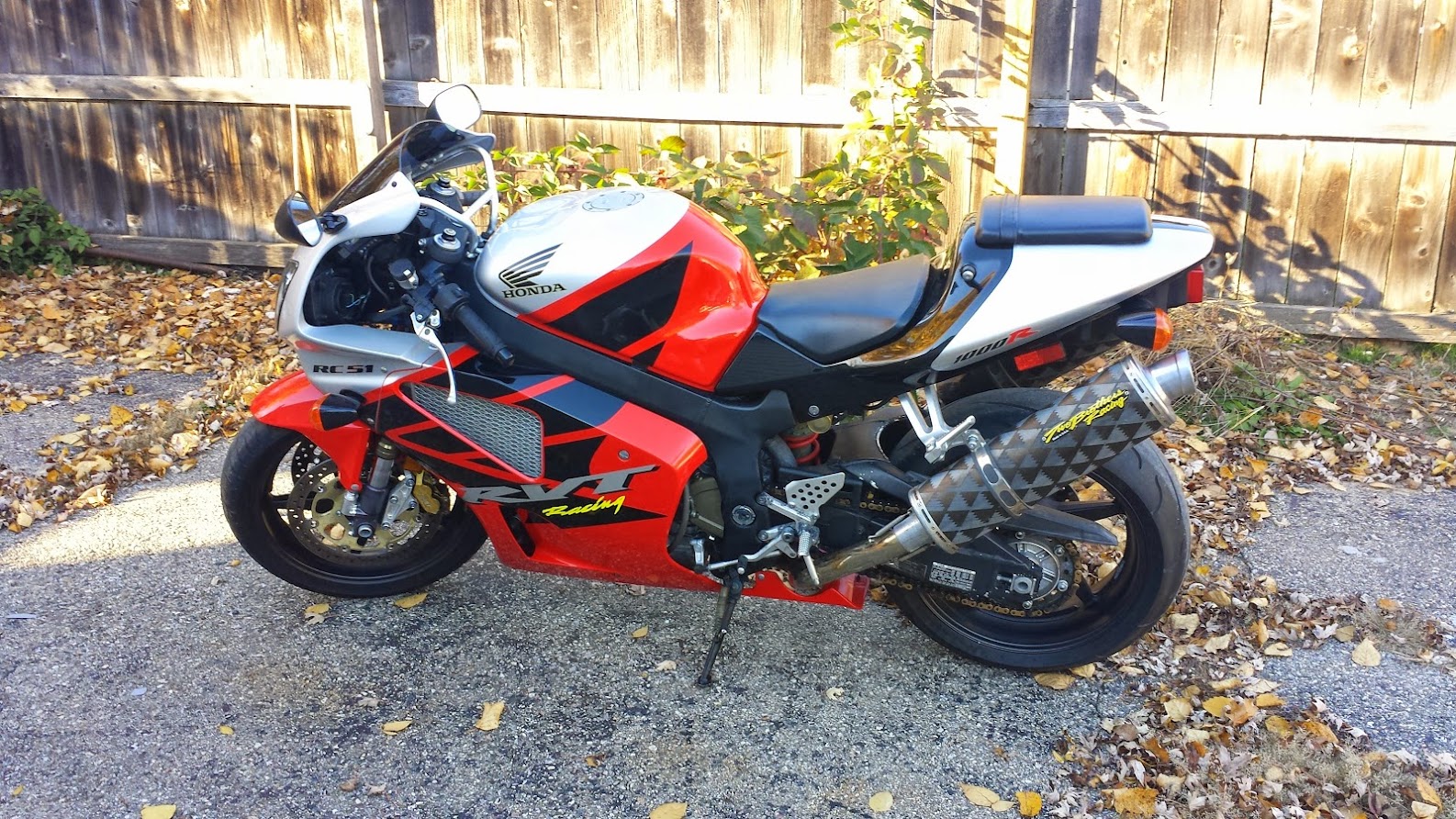 Good on you, Dcity. Sounds like you've certainly earned some nice rides. The RC51 is just the ticket. Don't worry about how fast you ride it. It's a sensible size and can be ridden at any speed you choose!


Join Date: Jan 2015
Location: Nashville
Posts: 11
Mentioned: 0 Post(s)
Quoted: 1 Post(s)
Thanks Brian. I am in love with everything about it so far. Ive been reading DuckHunters build thread. Beautiful stuff there.

Im still gathering riding equipment at the moment. I would like a 1 or 2 piece but at the moment I just have a textile Rocket jacket, HJC helmet and a pair of gloves.
Dcity is offline
Quote Quick Reply
post #10 of 23 (permalink) Old 01-04-2015, 06:53 PM
thaddeus
Senior Member