"Two-time World Superbike champion, multi-time Suzuka 8 Hours winner and former AMA 250 GP champion Colin Edwards II announced his retirement from racing today in the pre-event press conference at the Austin MotoGP race. Edwards will finish up his racing career in 2014 and will retire with the final race.

It's somewhat difficult to put a finger on Edwards' greatest accomplishment in racing, but his 2002 season was one for the ages. Seemingly a long-shot for the WSBK title, Edwards began a race win terror at Laguna Seca, one which culminated with Edwards beating Troy Bayliss for the WSBK title at the final round of the championship at Imola.

Edwards said a variety of factors went into his decsion to call it a career with the final race of 2014. He cited that because some of the techniques he was using on the Forward M1 were not working and that his children's activities were becoming more vast he "needed to be home more"."

Joined Oct 13, 2012
·
2,186 Posts
Just saw this myself. He rode the RC51 to two WSB championship titles and cemented the bike in history. A Honda V-twin that took on the Italians and the rest of the world, and won. Props.

Joined May 5, 2011
·
4,617 Posts
I'd figured he would soon be hanging up his helmet, maybe Hayden and Rossi too, in that order, so when I was out to get my seat cowl cover signed last year, the first guy I tried to chase down was Colin.

Sorry to see him go. Judging by videos over the years he seems to be one of the most characterful & nicest guys on the Moto GP scene. Still, he'll be home more to run his school, etc. and be with his family. He's earned his retirement for sure.

Joined Aug 15, 2010
·
8,663 Posts
Definitely going to miss CE. That guy has the best sense of humor I've seen among all the GP guys. I get a little frustrated when they never show him or Hayden in races where they start to fall back.

Joined Oct 7, 2008
·
6,485 Posts
I've talked with several friends who've met Colin, either at the races in Laguna Seca, or Indy, and at the airport.
And they all have said he's the nicest, most down to earth guy you'll ever meet.
Just a good ole southern boy that happens to race bikes and go fast.
Hell, I've been thinking about attending his Boot Camp just to meet the guy, have a beer, and chit-chat.

Joined May 5, 2011
·
4,617 Posts
When I gave my tail cover to his female assistant and she didn't come back some 30 mins later, seeing Colin walking to his crew cabin about an hour before the Motegi GP race - I asked if she'd spoken with him. Turned out their paths hadn't crossed.
Colin then went out of his way & spent 10 minutes walking around trying to find her, but couldn't.... This was roughly an hour before the GP race!
By comparison some riders wouldn't give the time of day to stop & sign & autograph (Dani Pedrosa springs to mind).

In the end the girl came back, waving the piece with a smile on her face. And later on after the race we got invited into the pit, etc. I did try to make small talk with Colin after the race but he was evidently tired and not up for chit chat. Totally understandable as he's had 20+ years of that.
So we just gave him the space & respect due and were thankful for all we were able to see that day.
As a character for the sport, Colin is no. 1 in my book. No doubt his nature & homour will be missed a great many.

Joined Oct 7, 2013
·
142 Posts
My wife grew up in the same town as Colin. Great guy, got him to sign inaugural tickets and a poster at COTA last year. I will go to his camp in the next year or so it's only about 15 mins from my in- laws house.

Joined Jan 8, 2013
·
1,536 Posts
Cool little video I just watched and thought it was fitting for this post and the upcoming weekend.

COBRA90GT said:
He's had a great career, good for him.
Click to expand...

And he is not an arrogant asshat, which is a huge reason people love this guy.

Joined Aug 15, 2010
·
8,663 Posts
Here's Edwards and his wife, during the American National Anthem at COTA this weekend just before the race started. His last MotoGP race in Texas. His mouth is open because he's singing along with the Anthem. What a stand-up guy!!! 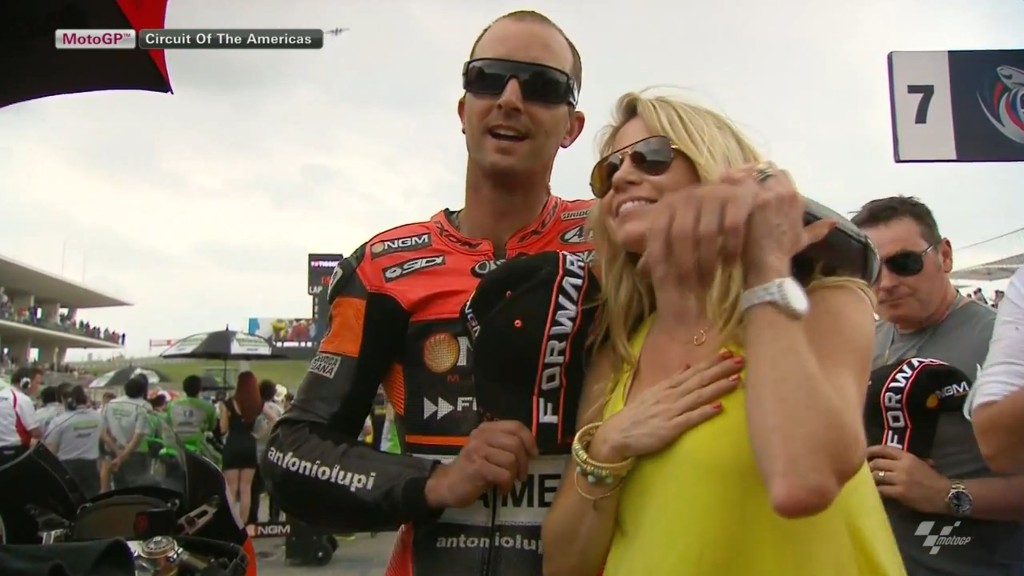 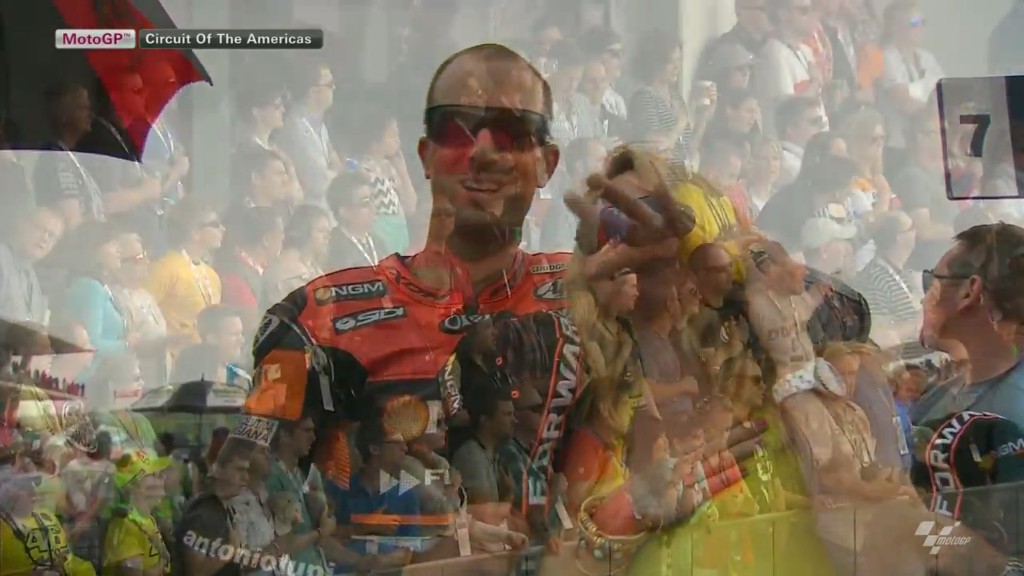